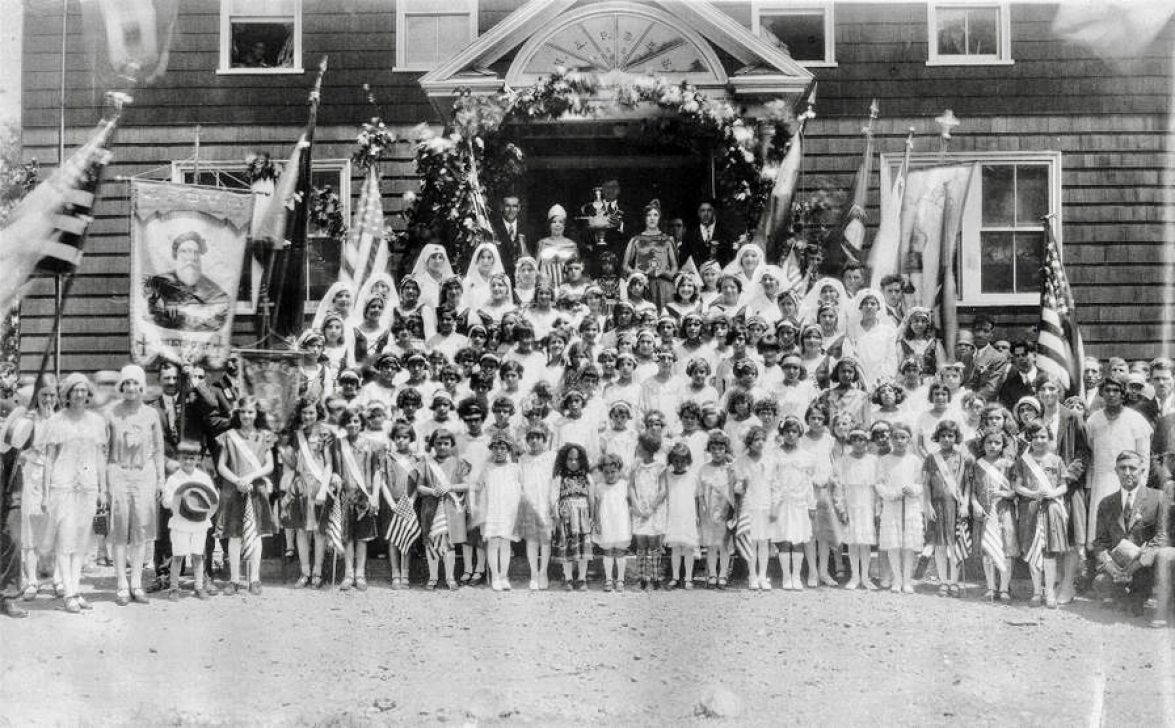 The exhibition Espírito Santo Migrante, curated by Catarina Faria, can be seen at the Convento de São Francisco in Alenquer until the 20th of November.

Espírito Santo Migrante comes from a long research process on the Holy Spirit festivities in New England, on the east coast of the USA, the second region with the most celebrations in praise of the Divine in North America. The exhibition brings together written, photographic and audiovisual documents, and pieces provided by different entities and individuals, presenting a historical context on the celebrations in praise of the Holy Spirit, its origins and paths, until its arrival in North America, through of the Azorean emigrant communities.

The exhibition seeks to reflect the dynamic character of a ritual that multiplies and magnifies on the journey, in the constant reinvention and encounter with new human, cultural and social landscapes. North America, Azores and Alenquer, three vectors on the map of the festivals of Espírito Santo, where each one assumes itself as a place of departure and/or arrival in the circularity of time and history.

This exhibition project first took place in 2019, at the Carlos Machado Museum in Ponta Delgada, and the exhibition that is now on display in Alenquer is an itinerary of that same exhibition, with the integration of new pieces gathered in Alenquer and other places in the mainland.

Catarina Faria has a degree in Photography and a degree in Anthropology. She specialized in Visual Cultures as part of her Master's Degree in Anthropology, combining her interests in the study of culture and the different dimensions of human life with the visual and artistic component. His connection with the theme of the Festas do Espírito Santo is due to the convergence of a professional and a personal factor, his participation as an anthropologist in the research project “Ritual, ethnicity and transnationalism: Holy Ghost Festivals in North America”, developed by CRIA and coordinated by Prof. João Leal, and her roots, as the daughter and granddaughter of Azoreans, raised in Ponta Delgada on the island of São Miguel.

Mais sobre and
and

Definições de and
conjunção
1
used to connect words of the same part of speech, clauses, or sentences, that are to be taken jointly.
bread and butter
Sinónimos:
together with along with with as well as in addition to including also too besides furthermore moreover informal:plus what's more

substantivo
Electronics
1
a Boolean operator which gives the value one if and only if all the operands are one, and otherwise has a value of zero.
sufixo
1
(forming nouns) denoting a person or thing to be treated in a specified way.
analysand


Exemplos de and
format_quote
they can read and write