In this initiative, organized by Rodrigo Lacerda (CRIA-NOVA FCSH), the screening of the documentary Yaõkwa, Imagem e Memória, by Vincent Carelli and Rita Carelli (Brazil/Vídeo nas Aldeias, 21', 2020) will be followed by a debate with the director Vincent Carelli on the theme of the restitution of archival images to the indigenous peoples of the lowlands of South America.

Synopsis of the film: Video in the Villages and Enawenê Nawê captured, for fifteen years, extensive records of the Yaõkwa, their longest ritual, in which the masters of ceremony pull, for seven months, a myriad of chants, in order to maintain the balance of the earthly world as the spiritual world. In this film, fifteen years later, the Enawenê Nawê rediscover these images and, with them, deceased relatives, customs that have fallen into disuse, and precious ritual chants. 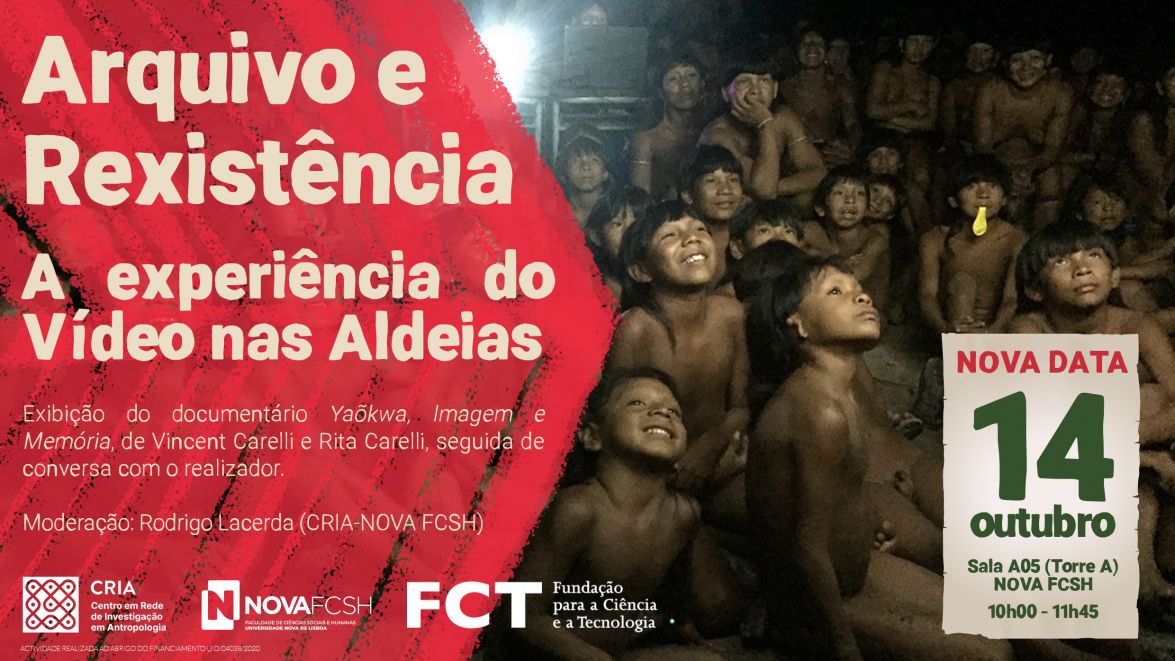